Last week I found out about Leonardo da Vinci’s design for a self-supporting bridge, which looks rather similar to Cambridge’s Mathematical Bridge though they work on completely different principles.

I tried to make one using q-tips, since we have a convenient stash of them, but (being round) they would not stay square and the thing twisted out of shape far too easily.

So I got some lolly sticks, which were much easier. I used little rubber bands from a loom-band toy to hold the sticks in place since I don’t have enough hands… I posted pictures on Twitter: 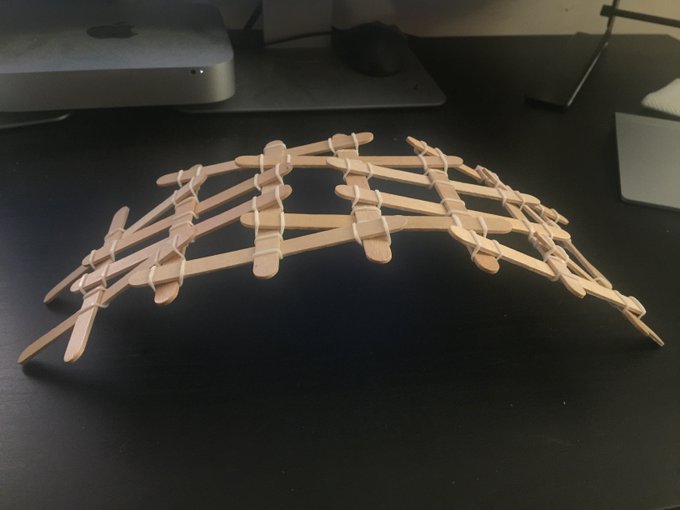 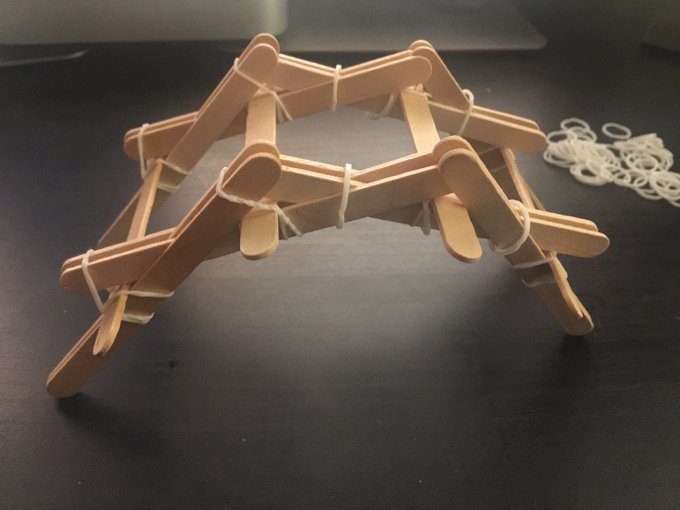 I was curious about the geometry of the bridge, in particular how far I could expect one to reach, which required a bit of head-scratching since I don’t often do this kind of maths. I even dug out my old A-level book of formulae!

Scribbling on paper was annoying, so I decided to get the computer to draw diagrams for me, and now I have an interactive da Vinci bridge calculator. It’s based on some moderately dodgy approximations (explained on the bridge page below the diagrams) - I wanted good diagrams so I could see how good or bad my guesstimates were. Not too bad for sensible cases, since I basically used the small angle approximation. 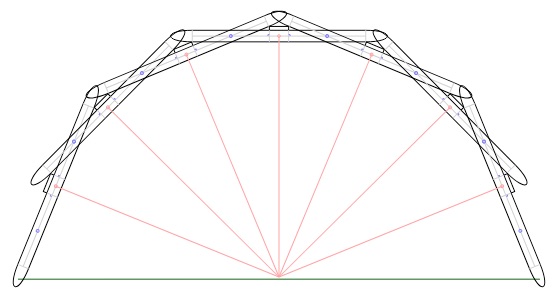